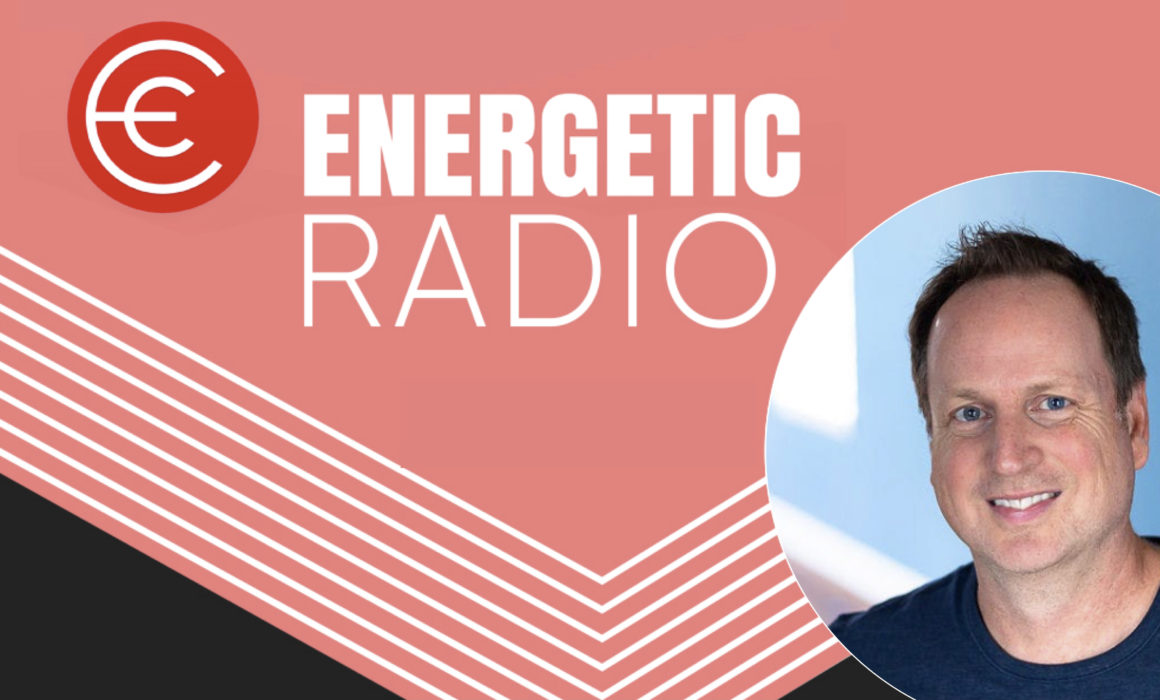 Sean Conley is a former NFL kicker (Detroit Lions, Indianapolis Colts, New York Jets) who suffered career-ending injuries from overtraining. He began practicing yoga as part of his rehabilitation, and soon embraced yoga’s mindfulness, meditation, and philosophy as a new life direction. In todays podcast we share the highs and lows of his NFL career and so much more.

Now a yoga teacher himself, he owns Amazing Yoga in Pittsburgh. His new book is The Point After: How One Resilient Kicker Learned There Was More to Life Than the NFL (Lyons Press, 2020). He hosts a podcast called Happy Athlete. Learn more at seanconley.net 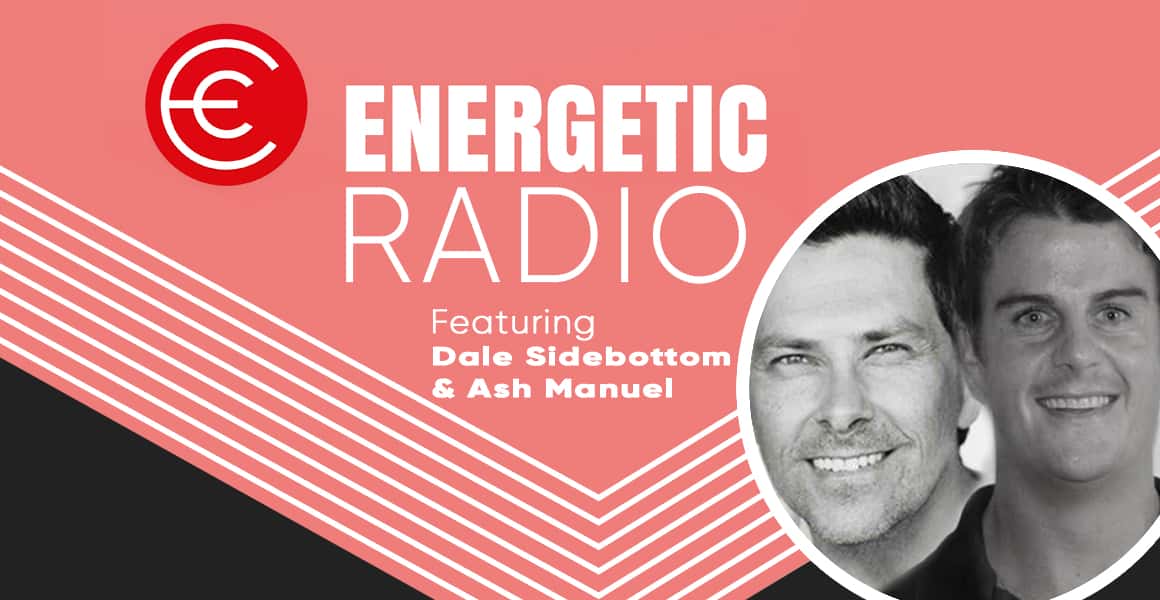 Ash and Dale both outline the issues they are seeing in children and adults after the effects of COVID 19. Stress and anxiety are at an all-time high, and it’s time that they share some fun ideas on ways to improve this.
Anxiety is the most common mental health condition in Australia. On average, one in four people – one in three women and one in ﬁve men – will experience anxiety at some stage in their life. In a 12 month period, over two million Australians experience anxiety.
There are many ways to help manage anxiety, and the sooner people with anxiety get support, the more likely they are to recover. Hopefully, the ideas shared in today’s podcast will give you some new ideas on ways to deal with stress and anxiety.
Ash and Dale are also teaming up again this year to fun their joint full-day events. Below is our upcoming Adelaide event. The sessions are designed for schools or workplaces. Please let us know if you might be interested in hosting an event like this or if your staff could benefit from our fun-packed day.
Adelaide Event – https://www.eventbrite.com.au/e/youth-wellness-positive-education-full-day-teachers-workshop-adelaide-tickets-168891522089 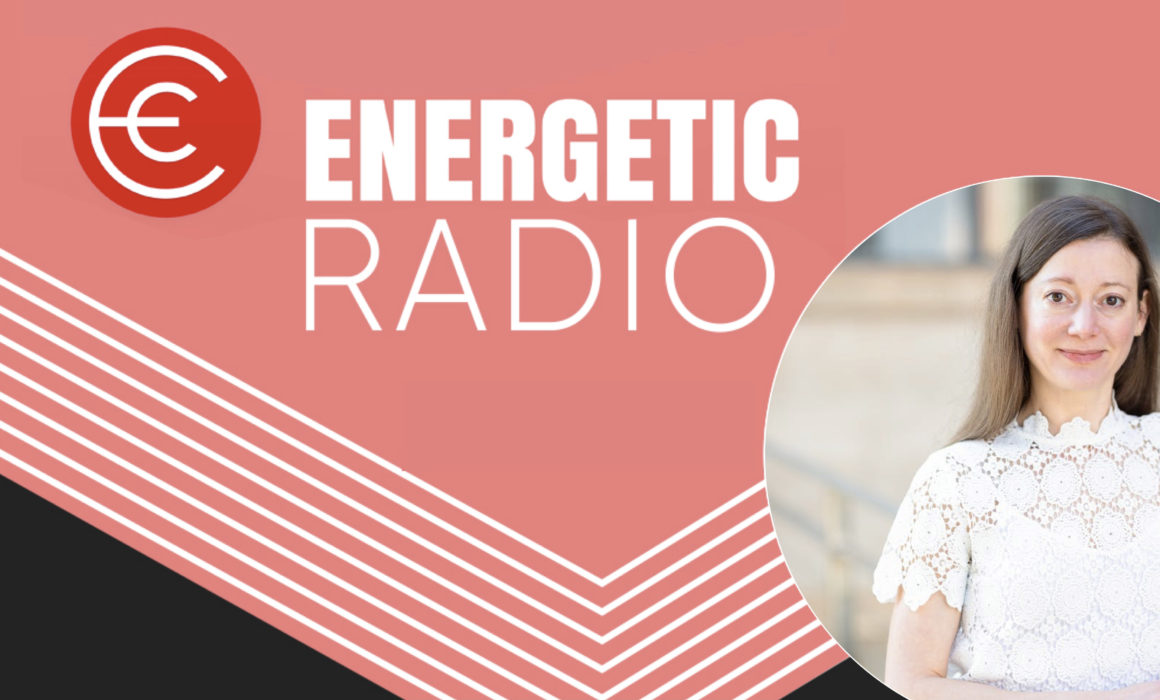 Kara Nicole Bitar is an Optimisation Coach and Kundalini Yoga Teacher.  She helps her clients live the happiest, healthiest and most successful versions of themselves.  She holds a J.D. from Duke University School of Law and worked in high-stakes corporate litigation at one of the largest law firms in the Southeast.

She combines the dedication and commitment that it took to become a successful attorney, real-life training in what it takes to succeed at high-levels, and extensive research, experience and training in how to optimise our lives.  She is also a KRI Certified Instructor of Kundalini Yoga, Reiki Master, Certified ThetaHealing® Practitioner and Certified SoulRealignment® Practitioner.

You can find more information about Kara’s Optimisation Programs and Coaching and sign up for her live-streamed Kundalini Yoga classes by visiting her website at www.karanicolebitar.com. 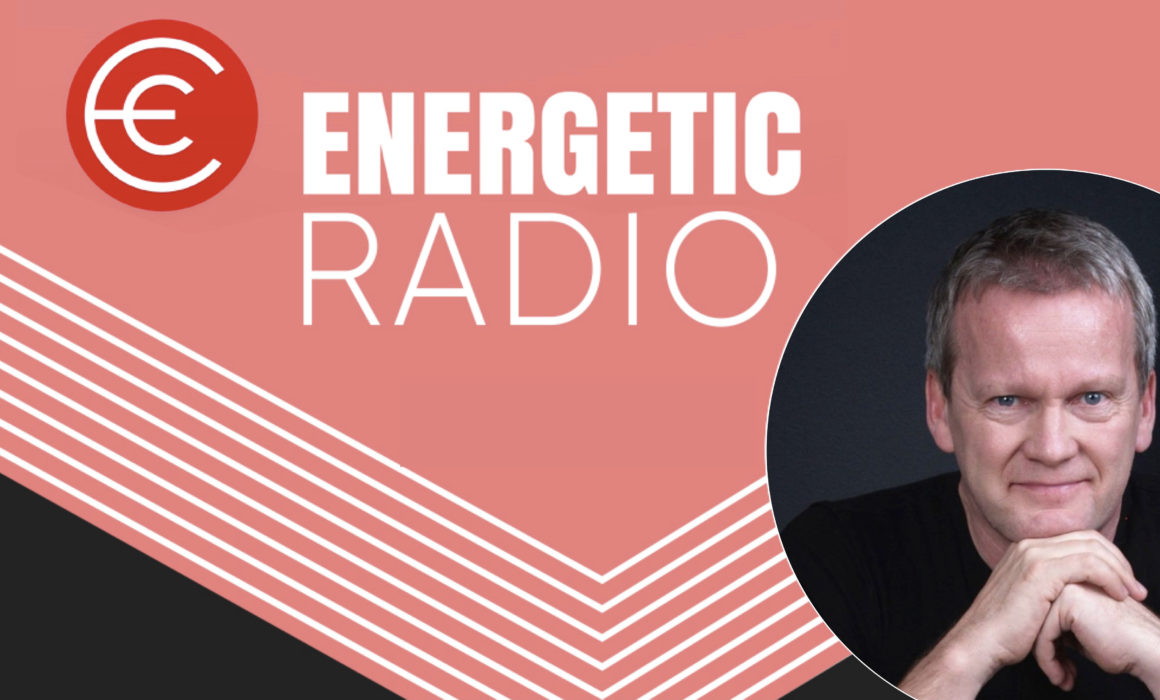 Pasi Sahlberg is a Finnish educator, scholar, thought-leader and author. He has worked as a mathematics and science teacher, teacher-educator, researcher, and policy-maker in Finland, and studied education systems and advised education system reforms around the world. His international career includes senior specialist at the World Bank in Washington DC (2002-2007), lead education specialist at the European Training Foundation in Torino, Italy (2007-2009), and visiting professor at Harvard University (2014-2016). He also has extensive experience as an education policy expert to the OECD, European Commission, and the Finnish Government’s Foreign Ministry.

Pasi has written widely about pedagogy, teacher and teaching, and education system change. He has published over 170 academic and professional articles and 22 books. He is a member of several editorial boards, and has supervised or examined 15 doctoral dissertations in Finland, England, Italy and the U.S. His most recent books include Finnish Lessons 2.0: What can the world learn from educational change in Finland (2015), Hard Questions on Global Educational Change (with Jonathan Hasak and Vanessa Rodriguez, 2016), Empowered Educators in Finland (with Karen Hammerness and Raisa Ahtiainen, 2017), FinnishED Leadership: Four big, inexpensive ideas to transform education (2018), and Let the Children Play! How more play will save our schools and help children thrive (with William Doyle, 2019). 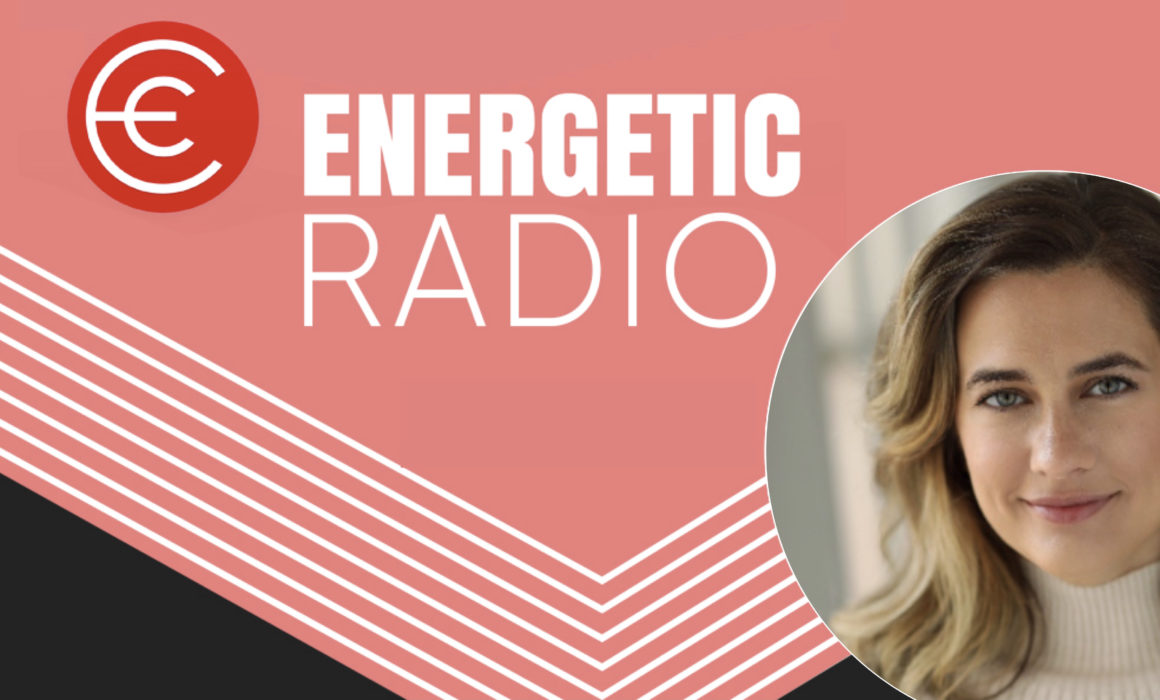 Katie Chonacas is the FIRST NFT artist to release a poem on love on the blockchain. Chonacas was personally invited by Arianna Huffington to write on her publications,Thrive Global and The Huffington Post.

Katie is a published author of a new poetry book titled, “A Lover’s Fairytale”.

Katie is full of color, magnificent creative energy, and all things artistic. With this natural zest for life, she loves to share topics such as health, wealth, education, coupled with the arts with her popular podcast called She’s All Over the Place.

She’s All Over the Place podcast is focused on business in entertainment, the arts, culture, education, and mental health. 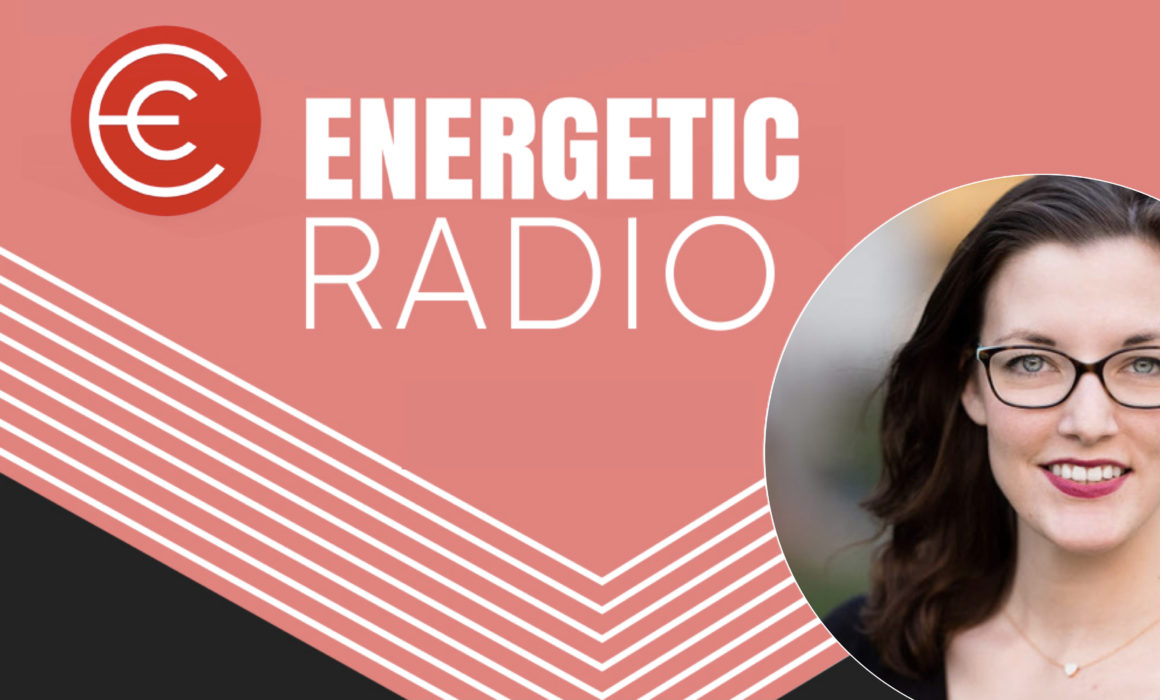 Todays guest is Tina Crouch who helps non-native English speakers feel comfortable expressing themselves, communicating, and connecting professionally and personally. She love’s talking about language learning and motivation, as well as communicating in an authentic way in professional situations.

Tina is an author of: “8 Steps for Interview Prep: How English Learners Can Confidently Answer ‘Tell Me About Yourself’ and Other Questions.”

Tina shares a number of tips and tricks on improving our motivation and how you can use this to learn new skills like a second language.
https://tinastravelsabroad.com/ 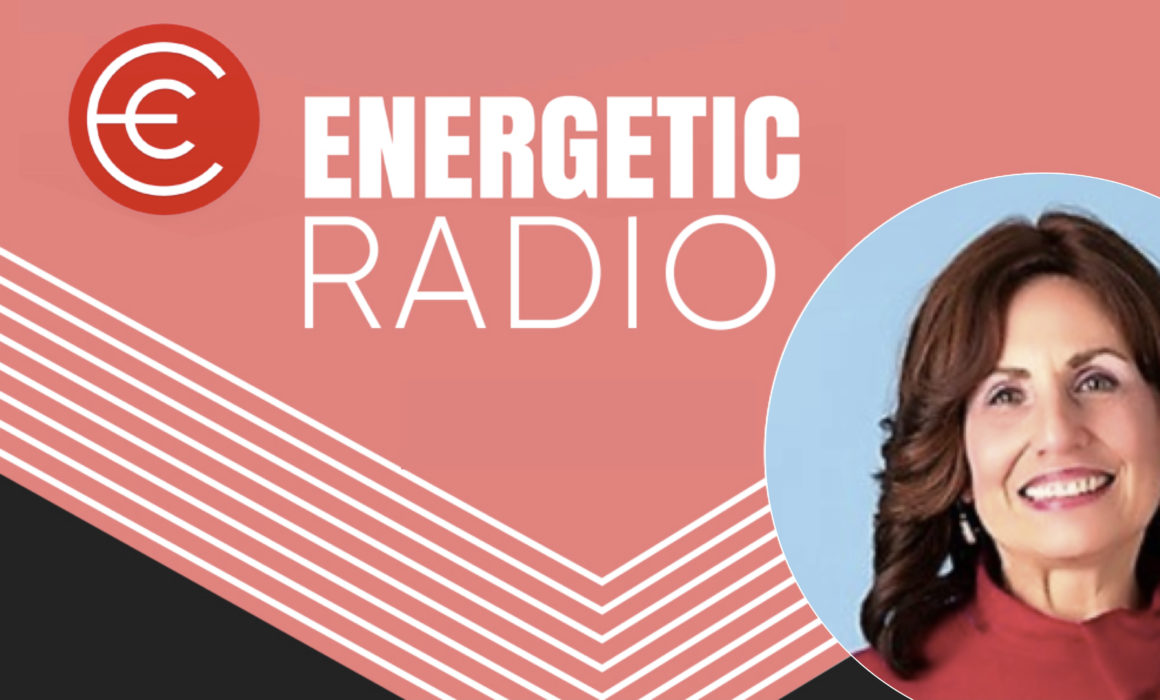 Dr Mindy Gewirtz  is President of Collaborative Networks, a leadership coaching and consulting firm. She is a master level certified coach MCC through the International Coaching Federation. Mindy is Adjunct faculty at Lewis University masters program in organisational leadership. 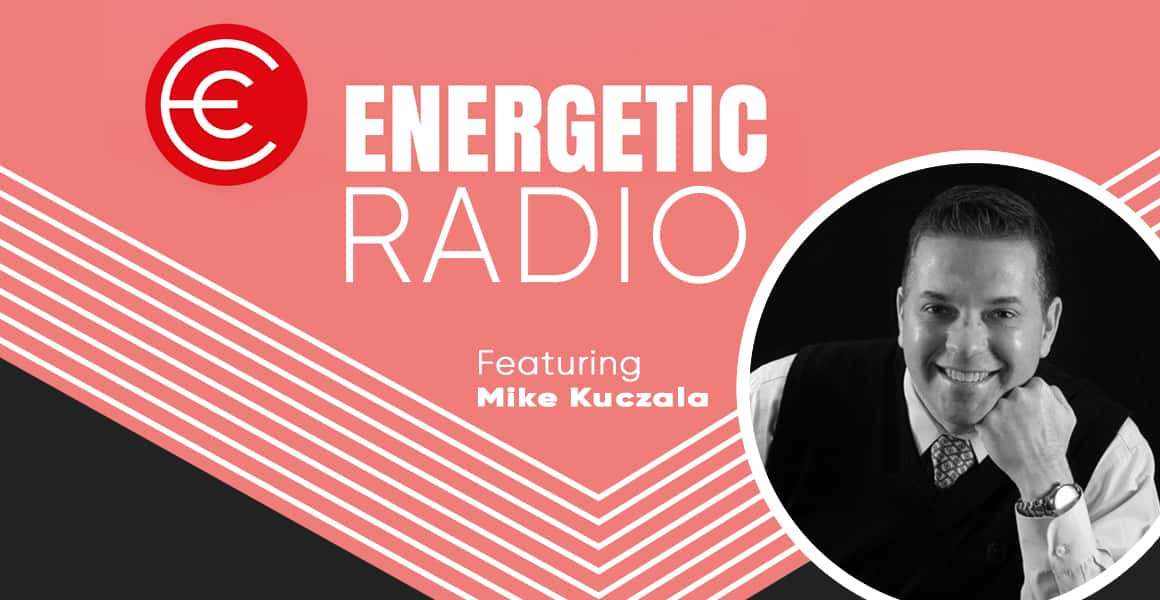 Today’s chat is with Mike Kuczala, the superstar presenter, author, TEDx speaker, and the list goes on. Mike’s presentations, courses, books and videos have reached more than 100,000 teachers, trainers, corporate executives, parents and students. He is also the co-author of the Corwin Bestseller and Association of Educational Publishers Distinguished Achievement Award-nominated, The Kinesthetic Classroom: Teaching and Learning through Movement, a book and philosophy that has changed the view of teaching and learning around the world.
We are talking about the five habits Mike feels everyone can embrace for success and the upcoming launch of his brand new book, ‘The Peak Performing Teacher’. This episode is full of gems for teachers and everyone looking to have an excellent 2022.
Mike was also a guest on the show previously in episode #148.
You are definitely in for a treat today, and this is one episode that you will love. To grab a copy of Mike’s books, watch his TEDx talk or simply reach out and thank him for today’s show you can do so below:
Website – http://www.mikekuczala.com/
Twitter – @Kinestheticlass
To pre order Mike’s new book – https://us.corwin.com/en-us/nam/the-peak-performing-teacher/book277863 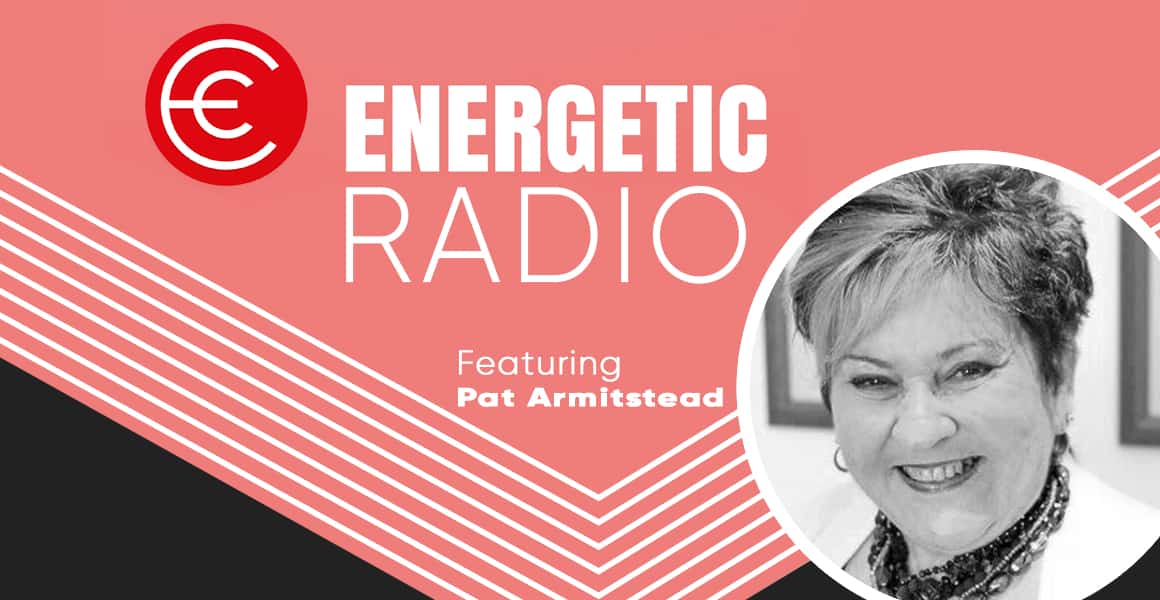 Pat Armitstead is a Registered Nurse with a major in education, plus she is a Master Practitioner of Neurolinguistics and a Certified mBIT coach. A professional speaker and motivator, she is an expert on leadership, communication,  grief and stress.

Over the past 20 years she has given her highly educational and entertaining presentations into both the business and health sector- on topics such as “Mental Health in the Workplace”, “Stress, humour and health”, “Authentic leadership, self expression and productivity”, and “Storytelling and Engagement in the workplace”.

Pat is a Pioneer and Thought leader in the area of joy as a transformational agent. From her early years as a Registered Nurse, she has championed the human spirit leading people to find joy where it appeared there was none. Pat’s life has been devoted to helping others to transform their lives. ​Her unique personal perspectives, traumatic past, repeated losses and eventual mastery as a Multi-Award Winning Speaker, TV and Radio Host and Exhibiting Artist are a rare combination of talents.
A master storyteller she combines Positive Psychology principles, Emotional Intelligence, and Neuroscience with real human experiences to bring understanding and meaning to life events.

Pat sees a crisis as a catalyst for personal growth and ongoing transformation, enabling high levels of intimate communication and authentic expression. 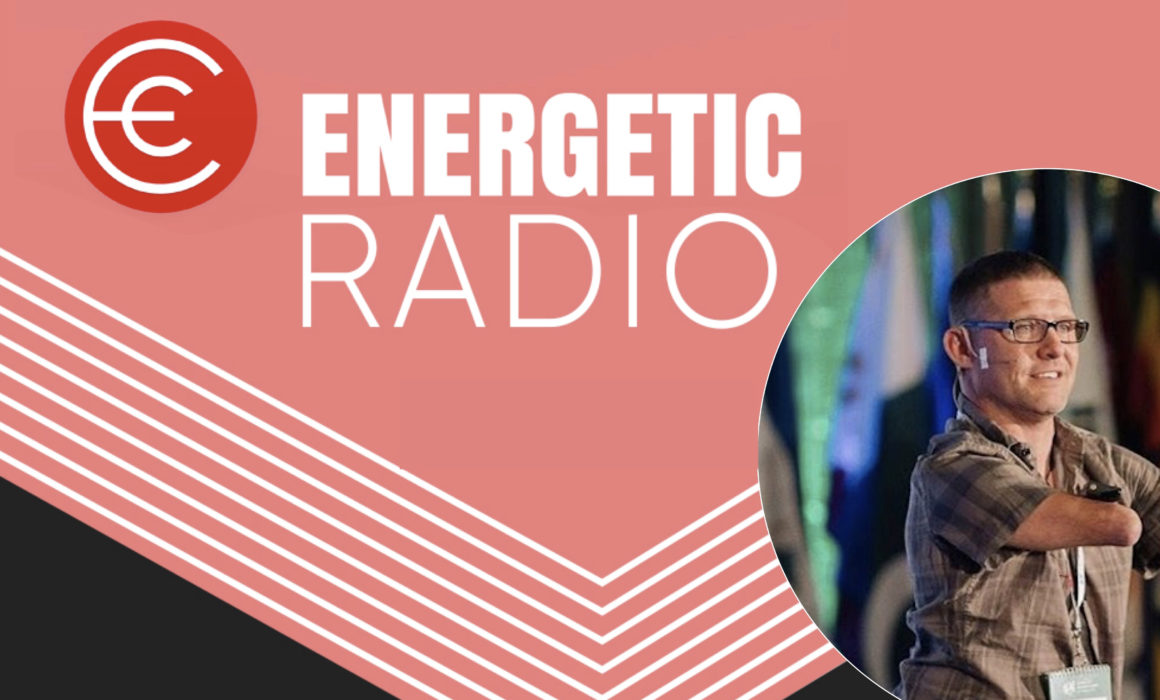 Whatever you are doing, stop and take 30 minutes out of your day for one of the most inspiring and uplifting podcast episodes I have had the pleasure of recording. Today’s guest, Chris Koch, was born in the small farming and ranching community of Nanton in Alberta, Canada. Despite being born without arms and legs, it’s an understatement to say he has lived a full and active life. Growing up, he helped on the family farm and participated in sports, including baseball, soccer and snowboarding. In recent years, Koch has shared his story worldwide, spreading his message of “If I Can…” encouraging others to make the most out of life regardless of their situation. He constantly seeks out new adventures and challenges, conveying his message by example. He has travelled the globe extensively, often solo, crossing off bucket-list items, including bungee-jumping and swimming with sharks. Koch has also embarked on several fundraising challenges, including climbing all 1,776 stairs of the CN Tower and completing the Calgary Marathon.